Ask the team: What is Your Favorite Bird and Why? Jodi Answers…

When someone asks “What bird do you recommend,” I always think of the Buff Orpington as my favorite for several reasons. 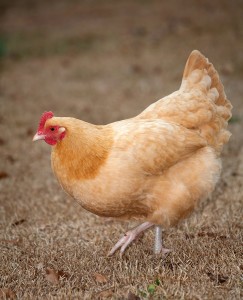 The Orpington breed first originated in the United Kingdom in the late 1800s. There are many different color varieties including black, blue, lavender and jubilee. They are a fabulous dual-purpose bird to add to your flock.

I ordered the Buff Orpingtons along with several other breeds that caught my eye about 20 years ago when I first began raising chickens. They quickly became my favorite breed, with the Barred Rocks coming in a close second.

They are absolutely the friendliest little creatures I have raised. My daughter’s favorite chicken was named Caramel, due to her Caramel-ish coloring. She bonded with us right away and would run to be picked up as soon as we came into the yard. She was a great mama, too, and would sit on whatever eggs we needed her to. We had some mystery disappearances of her babies–once they were big enough to leave the nest and start walking around some. Rats? Nope. Snakes? Thank goodness, no. Cat? Ugh, yes. We had a barn cat named Carl, who was a beautiful domestic longhair who matched the coloring of our Buff Orpingtons. We found out that she enjoyed the challenge of climbing an 8 foot fence once she could hear the baby chicks move around. Needless to say, we quickly had to put a roof over our run so she couldn’t get in any longer!

We have had several Buff Orpingtons over the years, all very docile and friendly, even the roosters. They are simply a joy to have on your homestead!

← Why do people raise poultry? Poultry can teach.
Ask the Team: What is Your Favorite Bird and Why? Terri Answers… →