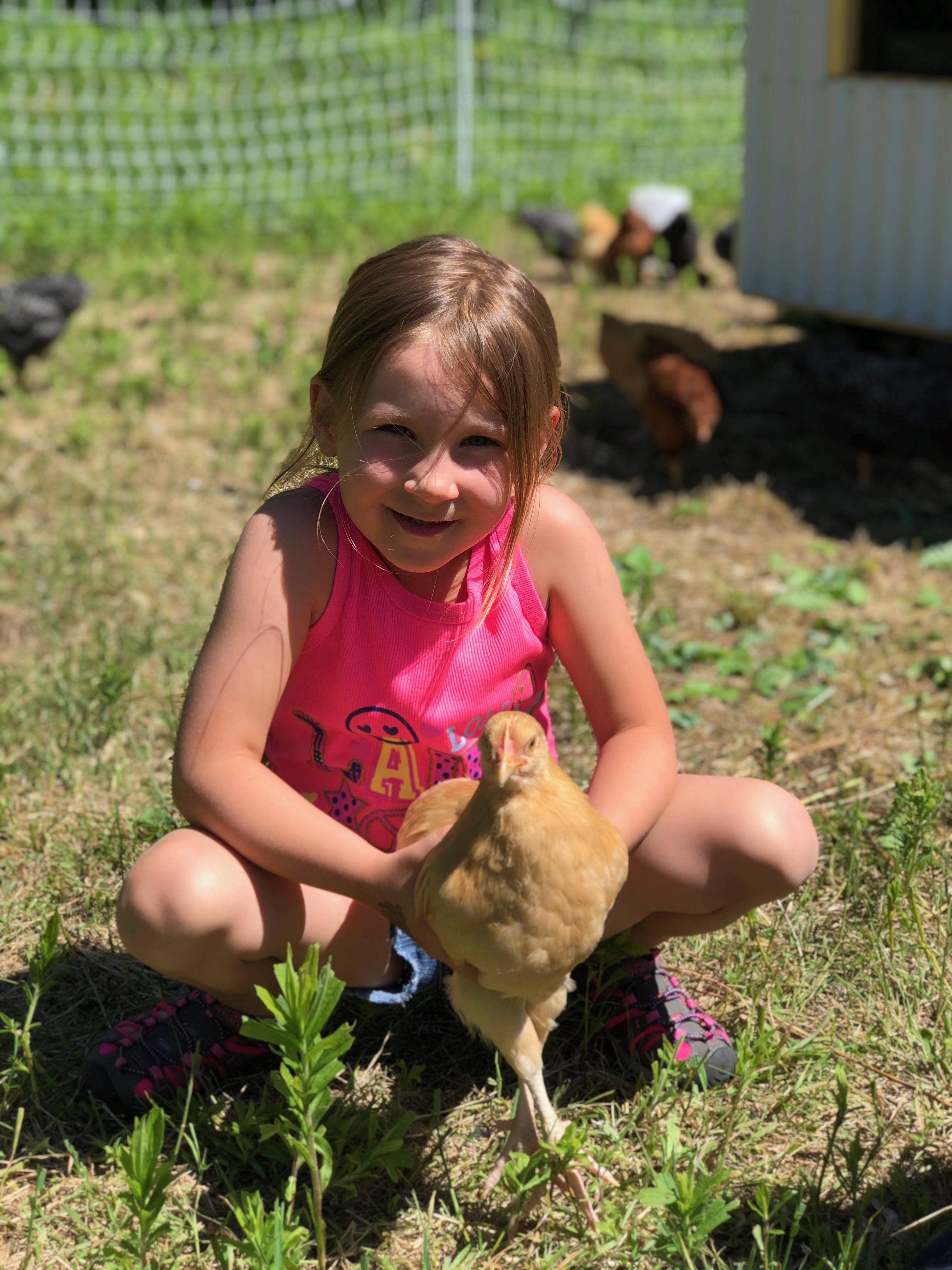 One of the coolest things about working for Purely Poultry is the wealth of knowledge my coworkers have. Seriously. Coming from a background of absolutely no poultry know-how, I’m always amazed at how I can ask the most obscure questions and immediately get factual answers. Never in a million years did I think I’d take pleasure in researching different chicken breeds, or DIY coops, or pasty butt remedies. But I truly do.

Last week I introduced the idea of the top three chicken breeds to consider when you have kids. This is near and dear to me because I hope we’re allowed to have chickens in our neighborhood one of these days. Chickens, just like every other animal in the world, have temperaments and personalities. Some mesh well with small kids while others don’t. If I’ve learned anything during the three years my daughter has been alive it’s that kids like to touch absolutely everything they aren’t supposed to. Most chickens tend to be friendlier if they are handled a lot as chicks, but not all of them retain that friendliness as they get older.

So without further ado, let’s start with Buff Orpingtons, which are my top pick for kid-friendly chickens.

The Orpington originated in Great Britain in the 1800’s as a hybrid of Minorca, Lanshan and Plymouth Rock breeds. The smaller bantam version was developed in Germany in the 1900’s. Buff Orpington’s are one of the first chickens I could identify out of a group of chicks due to the beautiful coloring, but their personality is what makes them one of my favorites. They love to be handled and are generally a quieter bird.

Quick facts about the Buff Orpington

It’s probably not hard to see why the Buff Orp in particular is one of my favorites, and top picks for kid-friendly flocks. I mean, c’mon…does it get any cuter than my little friends Adalyn and Vivie? For even more history, read this article.