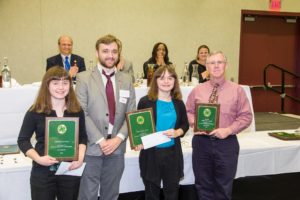 Wisconsin has won its first ever 4-H Avian Bowl! I am sure some of you are wondering what exactly is the 4-H Avian Bowl? First and foremost it is officially called the 4-H Poultry and Egg Conference Avian Bowl. It is a national event that started twenty-seven years ago. The Avian Bowl tests the contestant’s knowledge of exhibition, husbandry, anatomy, industry practices, how to prepare healthy meals using eggs and meat, and many other topics as well. It is conducted in a game-show fashion, and the contestants need to show both speed and accuracy to win.

Sixteen-year-old Shelby and Sydney Tone competed in this year’s 4-H Avian Bowl. They knew California was their biggest competition as the state has won the championship eighteen times in the past twenty-seven years. After facing California twice in a double elimination round, they ended with a tie game. Shelby and Sidney answered all five tie-breaker questions correctly to become Wisconsin’s first National Champions!

When Sydney was asked what attributed to their victory last month, she responded, “We just tightened up and focused on our training”. Steve Tone, the coach of the Wisconsin Junior Avian Bowl team, informs us that training for the competition starts in January and runs all year long until the final showdown. Talk about dedication and hard work!

We want to congratulate Shelby, Sydney, and their coach Steve on their victory. Job well done Wisconsin Team! They showed they had the courage and intelligence to finally bring home the title of Grand Champion to our beautiful state! Keep up the good work so we can hold the title for another year. 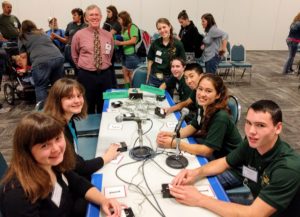 This competition is near and dear to our hearts as Purely Poultry’s owner, Tyler Danke, competed in the 4-H Avian Quiz Bowl about 10 years ago. He competed at the State level and his brother, Darren, competed at the National Level for the state of Wisconsin.  It was the first time Wisconsin made it that far in competition.  If you are interested in participating in one of the future 4-H Avian Quiz Bowls, check out the Wisconsin Junior Poultry Association for more information.

← Best Results at the Fair
Biosecurity: Integrating New Birds into your Flock →